The Black Lives Matter protests that began at the start of June must have been shocking to students all over Singapore. Here, most of us were just about to start school after the premature June (now May) school holidays, and on the other side of the word, half a day away, crowds thronged the streets in solidarity with fellow citizens. News of people looting stores could only do so much to take away from the purpose of the protestors, so focused they were on bringing their message to the world. 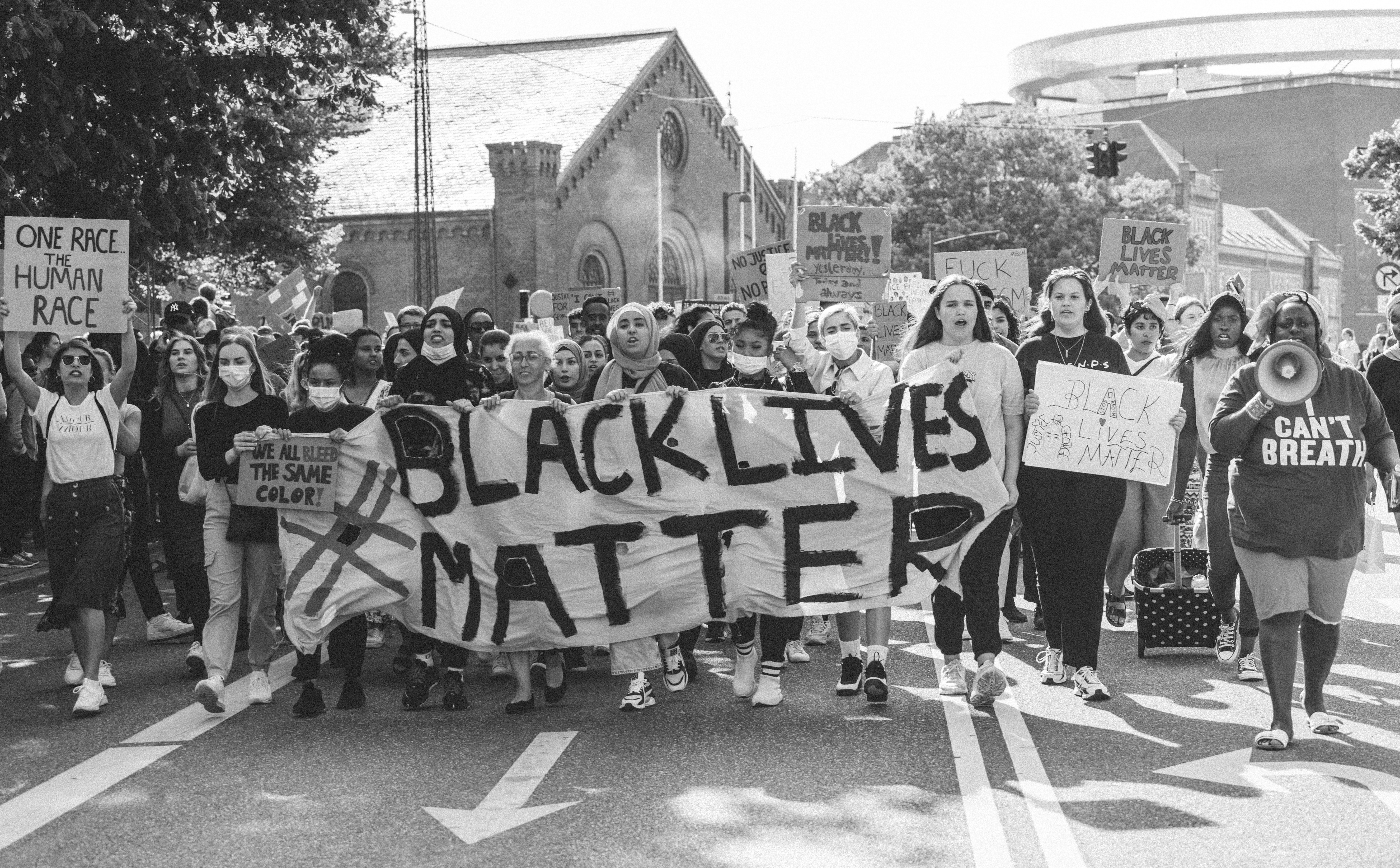 Photo by Jeppe Mønster on Unsplash

The over-arching message is that Black Lives Matter. Black people in America are more likely to lose their lives because they are victims of violence and systemic racism. You can read more about the research supporting that point here. The Black Lives Matter Movement (BLMM) was started a few years ago, but has recently gained momentum due to the reports of three black people being unjustifiably killed just this year alone - first, Ahmaud Arbery in February, then Breonna Taylor in March and finally George Floyd in May.

Before you write more about the BLMM in your essays for English class, or reference the protests in Social Studies discussions, here are 4 BLMM slogans explained for you. 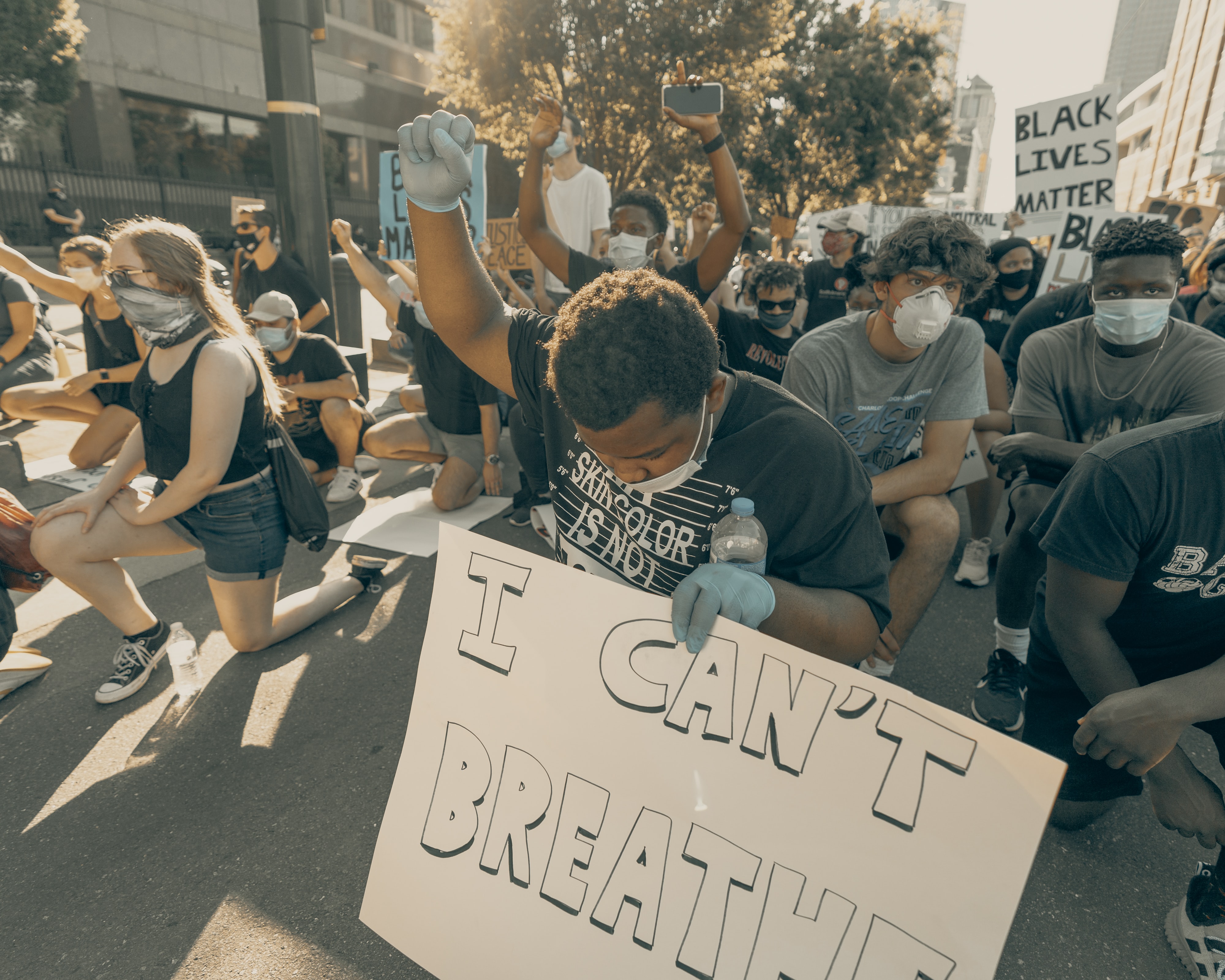 Photo by Clay Banks on Unsplash

“I can’t breathe,” is one of the last things George Floyd said as a policeman knelt on his neck. That action effectively cut off Mr. Floyd’s air supply, resulting in his death in police custody. The phrase became the refrain of people all around the world from the US to Syria.

A lesser-known fact about this phrase is that it is associated with another black man’s death in 2014. According to Wikipedia, Eric Garner was put into a chokehold by police officers, and repeatedly said “I can’t breathe,” before he became unconscious. The phrase is also part of the title of a book written by Matt Taibbi about Mr. Garner.

“I can’t breathe,” has now taken on stronger symbolic meaning with the death of George Floyd, with some saying it represents systemic racism and oppression of Black US citizens.

2. I will never understand but I will stand with you.

Protest slogans need to convey important ideas and be memorable, and wordplay is a good way to help people comprehend what others are fighting for. 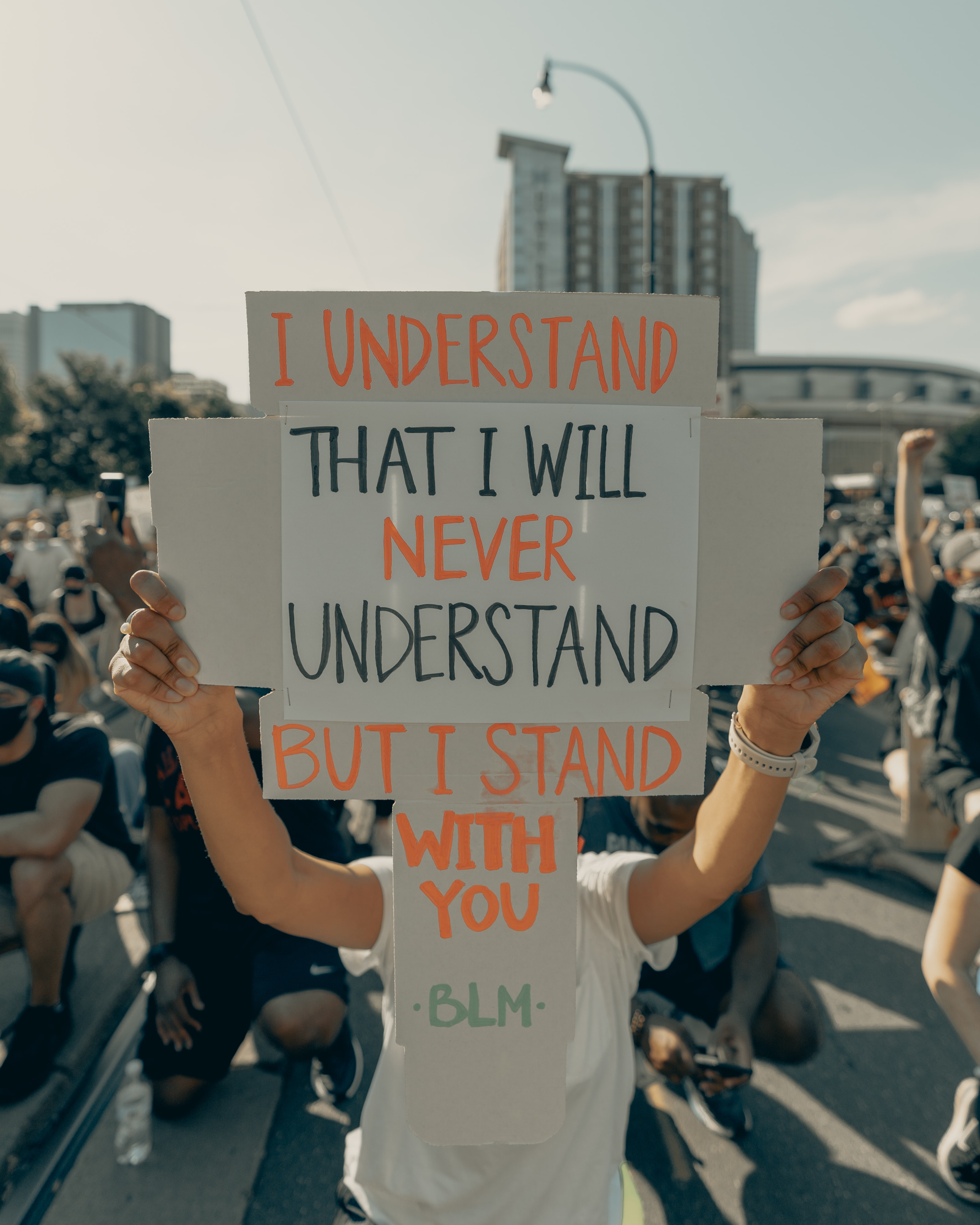 Photo by Clay Banks on Unsplash

This slogan helped non-black supporters of #BLM to recognize they have essential roles in the movement too. It reminded people to be aware of their privilege (of being a majority race, of being well-off, of being in positions of influence and power) and to use that privilege to support oppressed Black people, not bring them down.

Before #SayTheirNames and #SayHisName, there was #SayHerName.

Photo by Taylor Simpson on Unsplash

A few months before George Floyd’s death turned the internet dark, the shooting of Breonna Taylor at the hands of the police shocked the world in its senselessness. Social media helped publicise the facts of what happened, and the hashtag #SayHerName started trending.

But did you know, like number one on this list, #SayHerName was a slogan coined earlier in the last decade? In 2015, this hashtag was used to create awareness among the public that Black women and girls are as much victims of police brutality as Black men and boys are.

Why so specific to gender, you might ask? Well, the African American Policy Forum (which created the hashtag) states that “[i]ncluding Black women and girls in police violence and gender violence discourses sends the powerful message that indeed all Black lives matter”. Some activists are speaking out to reserve this slogan for the specific cause of fighting racial injustice and violence against Black women and girls. 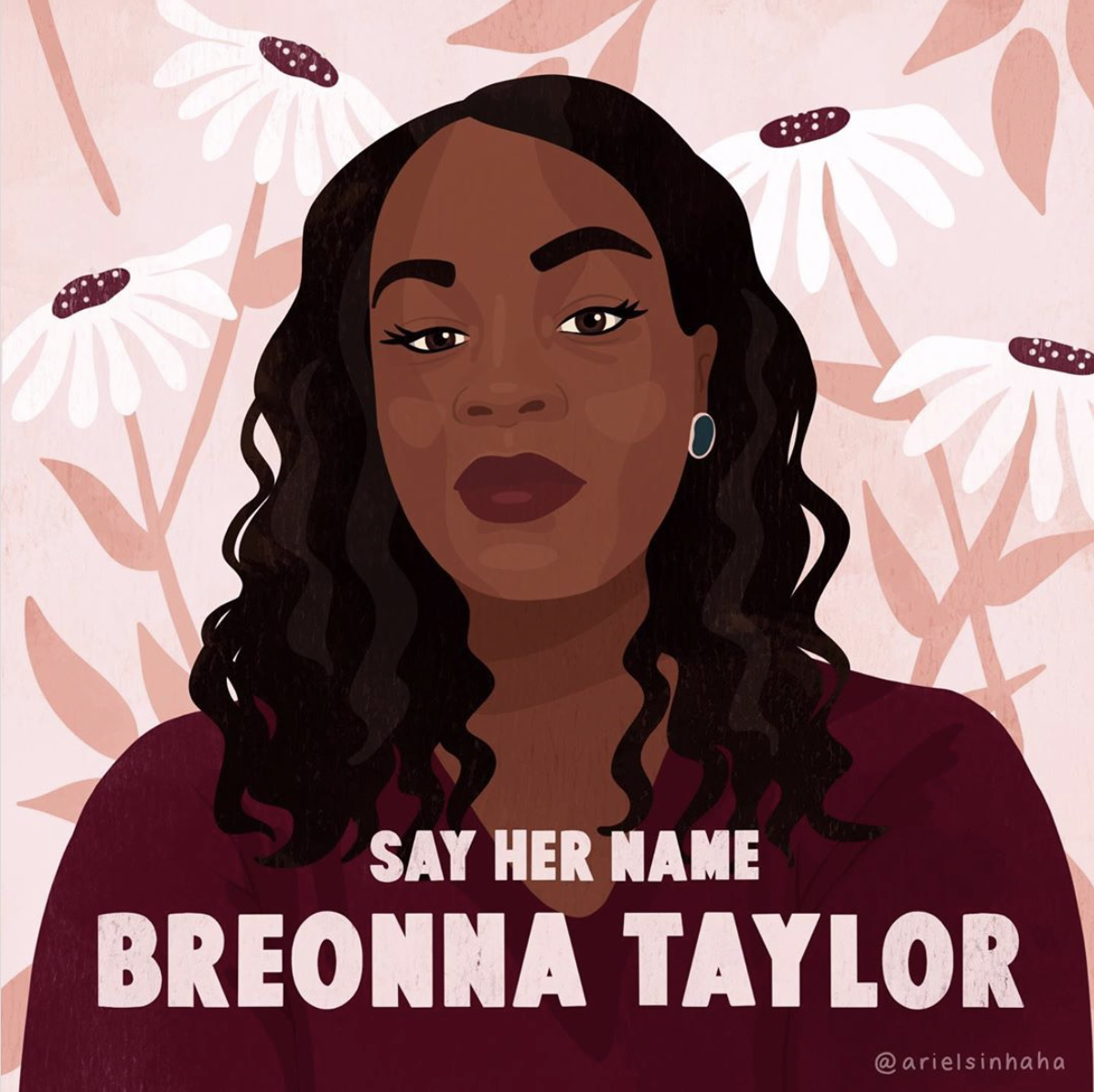 Just recently, on 12 June 2020, Louisville, the largest city in the US state of Kentucky, passed Breonna’s Law, banning policer officers from barging into homes without first knocking on the doors. May we see many more wins like this in the fight for racial justice.

4. All lives can’t matter until Black lives do.

Ok, this slogan is somewhat philosophical in nature, so it requires that the logic be made clear. 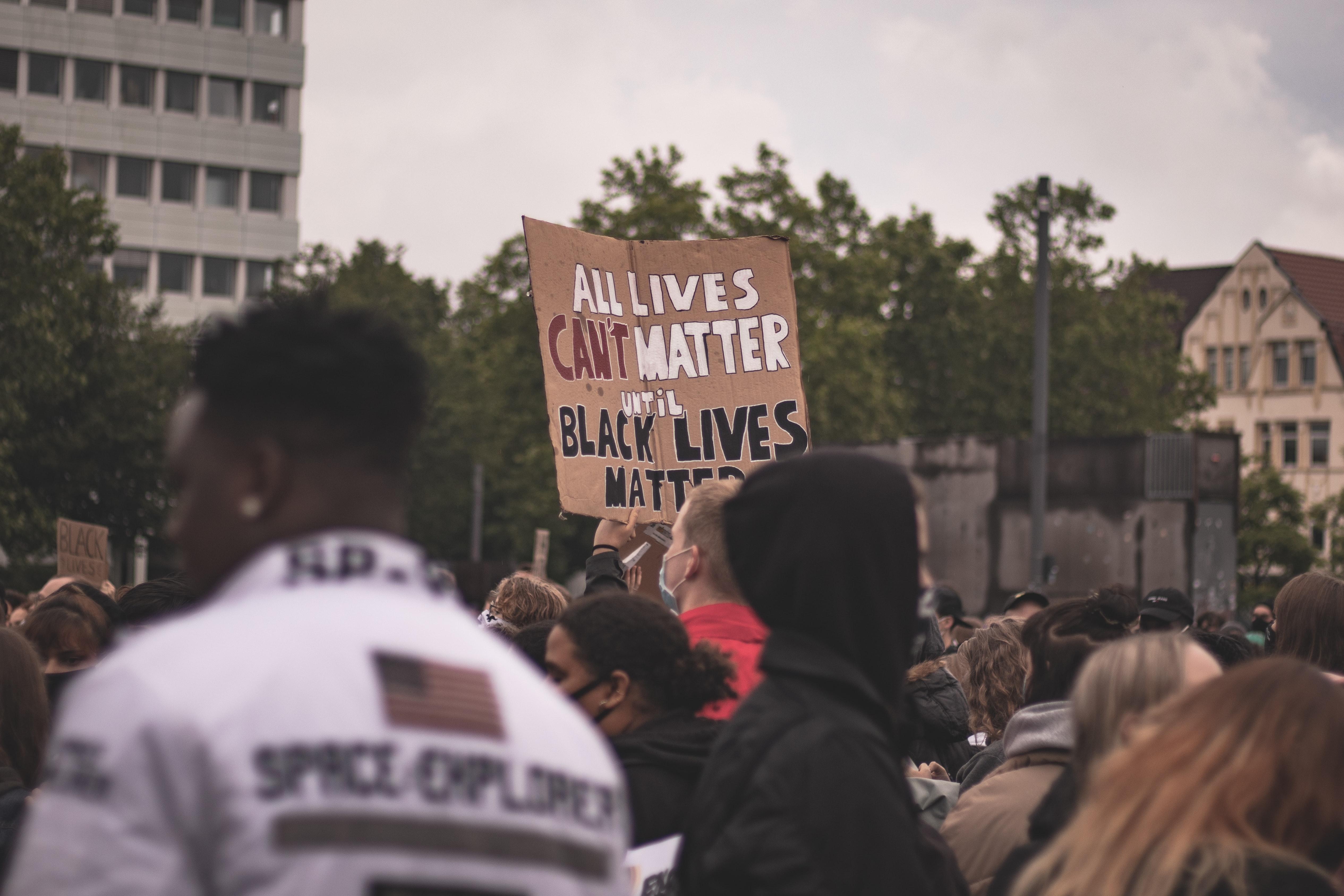 Photo by noah eleazar on Unsplash

However, many people, including President Obama, Ashton Kutcher and Mark Zuckerberg, have said that the #AllLivesMatter supporters are missing the point. Yes, all human lives are important, but the #BlackLivesMatter movement is a specific fight against the very unique kind of racism Black people in the US are facing now. You can get access to metaphors explaining why BLMM urgently needs the world’s support here.

These four slogans are definitely not the full list of protest expressions though. Do you know of any more or want other slogans to be explained? Please let us know!

Also, which slogan on the above list resonated with you most, and what lessons have you learnt from the BLMM protests in the US and around the world? We’d love to hear from you in the comments below!

Click on this link to join the SmartGuppy Telegram channel: https://t.me/smartguppy